The following is a rap for my beloved Camp Shiktehawk.  This is the camp that I attended as a child and the camp where I trusted Jesus as my personal Saviour in a top bunk in cabin 11 1/2.  A sign hangs in the dining hall which reads “Where He Conquered” because it is said that is what the meaning of the word Shiktehawk is.  I remember another sign that hung by the fireplace in the old lodge which read “Jesus Never Fails.”  As the camp faces the challenges of some major repairs we know that indeed HE has never failed us. We have tested it and find it to be true indeed  and I know that HE will conquer any challenge if we give it to Him.  HE comes through every time! 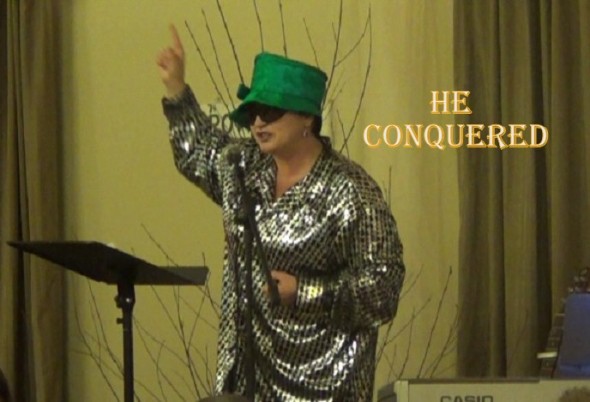 Where He conquered is the theme of my rhyme

‘Cause He has conquered and we’ll be fine

Fixed the foundation in Warner Hall

Poured the concrete and built the wall

How ‘bout you is your foundation broke

The uglies of life flow in and soak

To the One who fixes human folk

The  flood waters came and the ice it jammed

And broke the bridge down from its span

So up we rose

To face those blows

The gap was closed

By all of those

You too can swim when you’re going down

In the storms of life that make you drown

So look to Him

When life is grim

And you will win

And you will get a golden crown

We know the crick it needs repair

But history tells us don’t despair

Nor up the crick

God is the one who will get us there

God said we’d have trouble from time to time

Where He conquered is the theme of my rhyme

‘Cause He has conquered and we’ll be fine

Nothing gives me greater joy than encouraging you in your life journey. I am a testimony of grace from my powerful God, the mender of hearts, salvager of dreams, giver of hope, and healer of those broken places. So grab a cup of tea, take a moment and relax. I hope these words meet you where you are today, encourage you, and point you to God who loves you more than you can ever imagine. God wants to be part of our lives every moment and always listens for the voices of His children.
Now to Him who is able to do immeasurably more than all we ask or imagine, according to His power that is at work within us. Ephesians 3:20